Can A Healthy Person Have A Heart Attack?

February is Heart Month, but anytime is a great time to find out more about the warning signs and symptoms of heart disease and what you can do to decrease your risk for a heart attack.

The fact is even a healthy person can have a heart attack. But heart problems don’t appear out of the blue. Although heart attacks can suddenly occur in people who seem to be perfectly healthy, known as a “silent heart attack,” there are often warning signs. 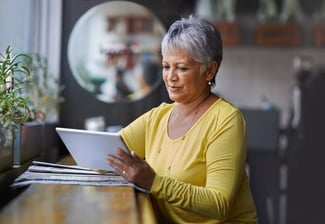 According to figures from the Sudden Cardiac Arrest Foundation, sports-related sudden cardiac arrest (SCA) accounted for 39 percent of SCAs among those 18 years of age and older. 13 percent of SCAs occurred in those 19-25 years of age, and 7 percent for those 25-34 years of age. These are people who are physically active, exercising regularly, and weren’t aware of any damage to their heart or risk factors.

But is there something they could have done differently? Let’s learn more about sudden cardiac arrest and the potential warning signs that can keep an otherwise healthy person from having a heart attack.

What Is Sudden Cardiac Arrest?

Sudden cardiac arrest sometimes strikes seemingly healthy people who have never had a moment's worry about heart disease. Usually, though, some type of cardiac trouble is at its root. Cumulative damage from cholesterol-clogged arteries or high blood pressure is the most common cause.

Researchers at the University of Berlin carried out one of the most comprehensive studies on sudden cardiac arrest. Of the more than 400 cases they studied, someone saw or heard the victim collapse almost 70 percent of the time. That person tended to be a family member since nearly three-quarters of the SCAs happened at home. 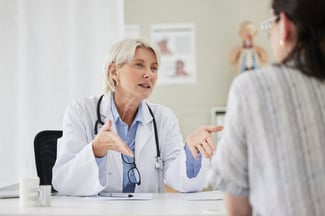 Warning signs were also surprisingly common among people whose heart attacks were witnessed. These included:

Some people began to experience these hours before the SCA. In 90% of the cases, symptoms lasted for at least five minutes. Only 25% of the victims had true out-of-the-blue heart attacks that weren't preceded by symptoms. The results are published in the journal “Circulation.” 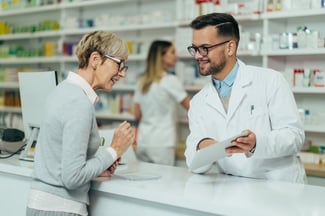 To find out if you’re at risk, you can have a stress test done, but there are limitations. A stress test only detects the condition of blood flow in the body on the day the test is conducted. That’s why you’ll hear stories of people who experienced a heart attack shortly after having a physical exam.

What's important to understand is that a stress test does not reveal the presence of potentially fatal soft plaques that are growing in the coronary arteries. These plaques can rupture anytime and lead to a heart attack. The condition of blood flow can change in a short period of time, and therefore, passing a stress test does not mean that a person will not suffer from a heart attack in the days or weeks that follow.

How to Decrease Your Risk Factors

Heart disease kills an estimated 630,000 Americans each year. It's the leading cause of death for both men and women, so you should do everything you can to decrease your risk.

You can start by choosing not to smoke, being physically fit and eating healthy nutrient-rich foods. But you can't ignore your genes, high cholesterol and blood pressure. Getting annual preventative care, physicals and lab tests done is your first line of defense in combination with a healthy lifestyle. Also, if you feel any symptoms of disease, address them and seek immediate medical attention. 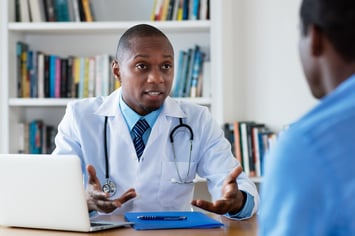 Liberty HealthShare encourages its members to see their Primary Care Physician or provider yearly to maintain their health and well-being. After the first two months of membership, an annual preventative wellness visit and related lab work for which there are no medical symptoms or diagnosis in advance are eligible for sharing, up to a maximum of $400 of the fair and reasonable charges as determined by Liberty HealthShare and not subject to the AUA.

One aspect that is helping to mitigate the risk among middle and high school athletes is pre-participation screening. Additional statistics from the Sudden Cardiac Arrest Foundation show more than 5,100 middle and high school students were screened from 2010 to 2017. The screenings revealed high-risk cardiovascular conditions in almost 2% of them.

In the past, cardiologists did not have access to diagnostic tests that could accurately detect arterial problems. Even though such tests are available today, not many people are getting their arteries examined.

By undergoing the proper non-invasive tests, you can know sooner if your arteries are in good condition, and you can seek prompt peripheral intervention to treat any arterial condition that exists. This will help ensure that you do not have a sudden heart attack, provided that you are not already suffering from some form of heart disease.

It's all part of a good, proactive healthcare plan. The kind of approach we encourage you to take when it comes to your health.

Other blogs relating to this topic:

How HealthSharing Members Choose A Provider

Finding the right provider can help you stay healthier and support you in...
View Blog
Patient Tips

How Sharing Members Can Manage Their Healthcare Expenses

Your Liberty HealthShare community is here to support you through all phases of...
View Blog